Our new control solution allows for several searchlights to be connected in a common network where all searchlights can be operated from one or several multi control panels. Which simplifies the installation and increases the operationability. The hardwiring technology ensure maximum reliability, higher for traditionally BUS operated network systems and just as easy to install as a BUS-system due to the new developed intelligent control solution. Also the system allows for further searchlights to be added at a later stage. Works as BUS but without any bus-bugs. 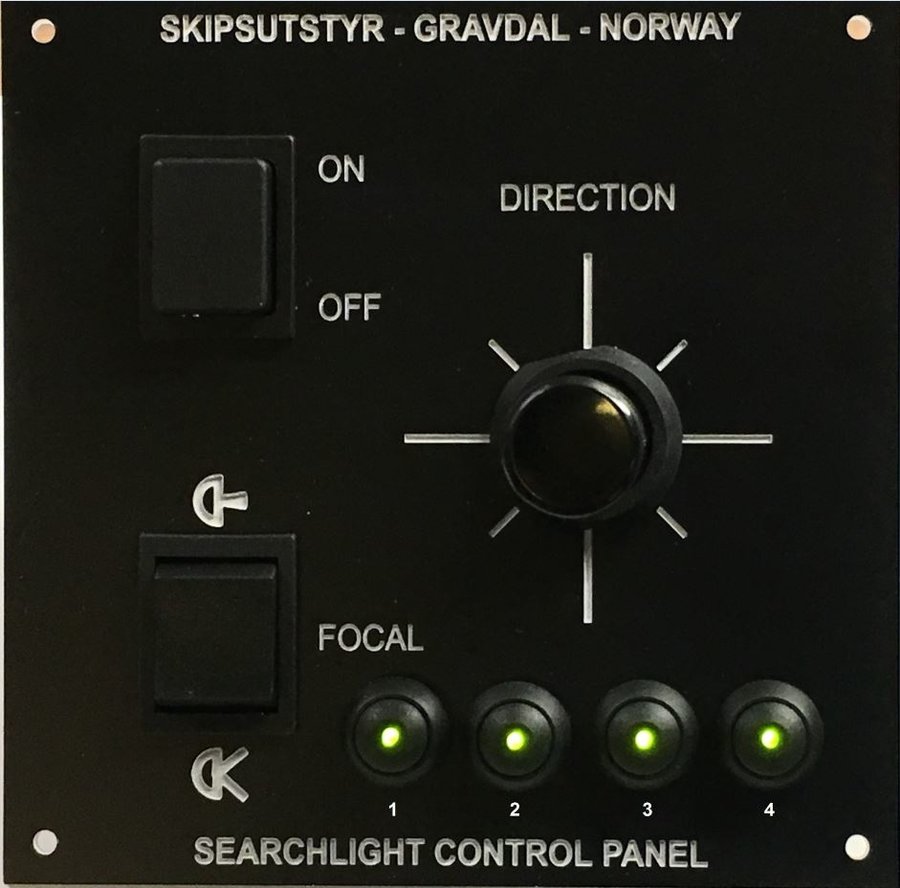